During the period of its greatest prosperity, Alexandria, Egypt, on the Mediterranean coast, was a cosmopolitan center of commerce and scholarship. The city was founded by Alexander the Great, who was a pupil of Aristotle, proponent of free expression of ideas. The great pyramids were already thousands of years old when the geometry of Euclid brought further intellectual recognition to Alexandria.

This commissioned work is inspired by and named for the progressive spirit of this ancient city. An original design by Mark Turpin, it incorporates geometry and "free expression" in an internationally styled, three-story house with seven rooms. The exterior is cloaked in limestone like the pyramids. Unlike the pyramids, this narrow entry leads through the center of the house to reveal an enormous great room with soaring glass walls and ceiling. Three glass pyramids crown the house, a tribute to the master builders of ancient Egypt. Stability and permanence are juxtaposed with bright, airy spaces in an unexpected sculpture called Alexandria.

Alexandria was featured in Dollhouse Miniatures magazine in September 2001. 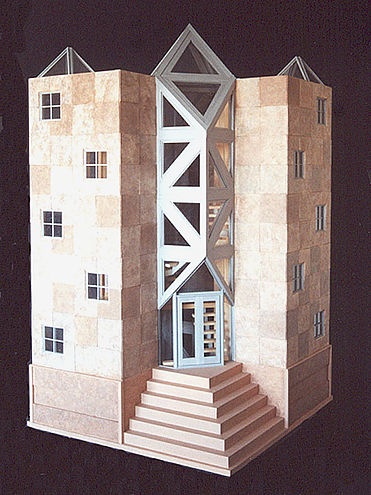 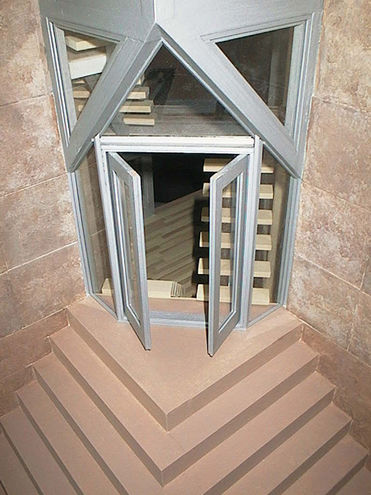 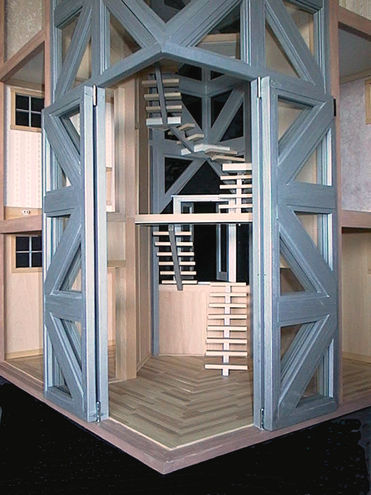 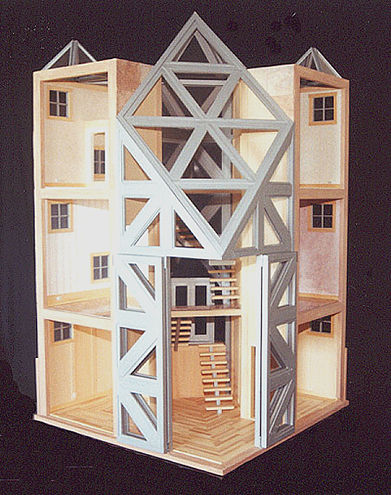 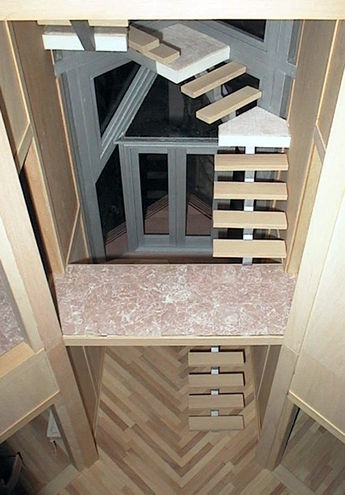 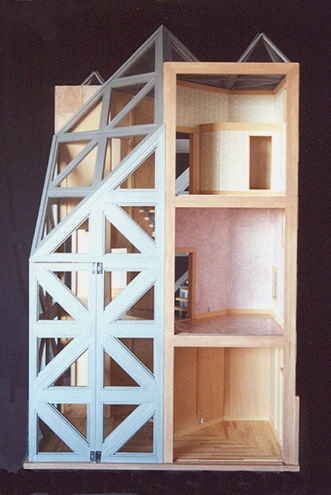