Chambre du Ciel (Room of the Sky) was conceived as a banquet hall for entertaining. A collector in Philadelphia commissioned Mark Turpin to build a new conservatory as a follow up to his Villa di Luce. The first task was to find an appropriate stained glass window for the structure. The Gazebo Stained Glass  silk-screen copy was selected from the Metropolitan Museum of Art in New York, to bring the desired depth and dimension to the interior. Based on a stained glass window by E.S. Oudinot (French, ca. 1883-84), the copy provided a rich palette of colors from which to draw for the artist's finishing and the client's furnishing of the conservatory. The illusion of a domed gazebo worked wonderfully well with the concept of a classical domed conservatory.

Handmade using the highest quality materials, Chambre du Ciel contains one large room on the main level with three smaller rooms behind the stained glass window, which serves as a room divider. The octagonal conservatory features solid pine and poplar construction, with hand painted faux finishes of stone with traditional blocking, topped by a shimmering blond bronze dome with finial. The gorgeous colors of the Gazebo window are reflected in a two-tone, patterned marble and light onyx floor. Beveled mirrors flank the stained glass window, and a hidden mirrored door leads to the lower level. Dozens of handmade windows flood the sumptuous interior with light by day, and the conservatory glows in the night under a starry sky. At its premiere in August 2002, during the International Fine Miniature Arts Show in New York City, collectors were captivated by the sophisticated style and charm of Chambre du Ciel.
Hand-carved table provided by Layne Halliday of California.
Flower arrangement created by Marie's Mini Shoppe of Florida.

Dimensions: 25" square base; 28" high. Sold.
Chambre du Ciel was featured in the March 2007 issue of Dollhouse and Miniature Scene magazine.
Click on the thumbnail views below to enlarge the photos and start the slideshow. 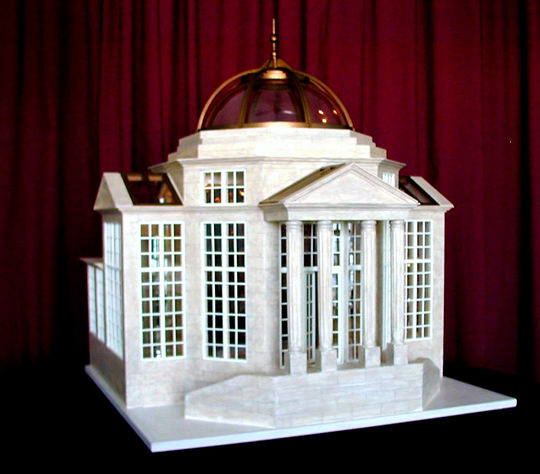 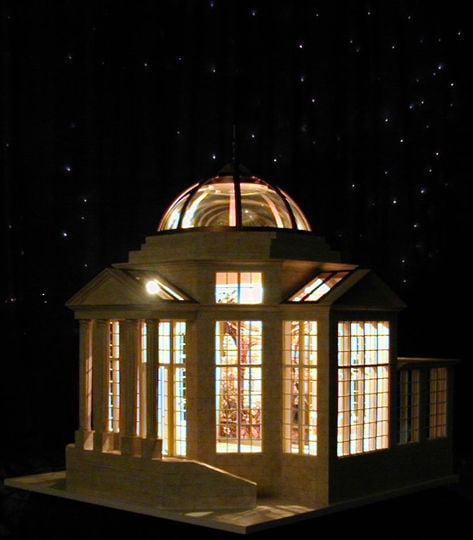 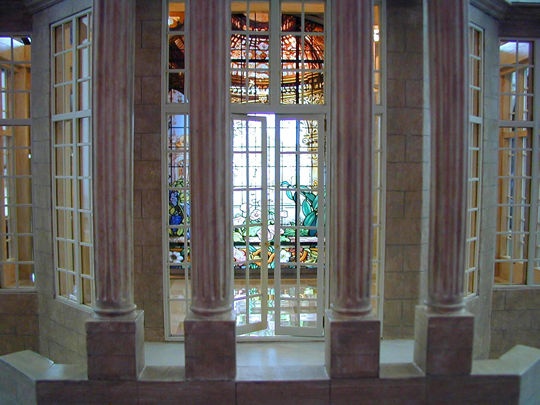 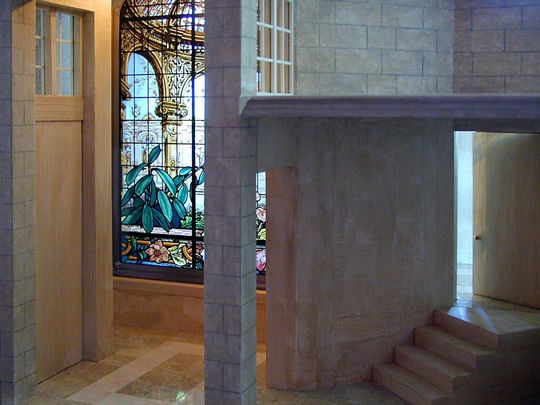 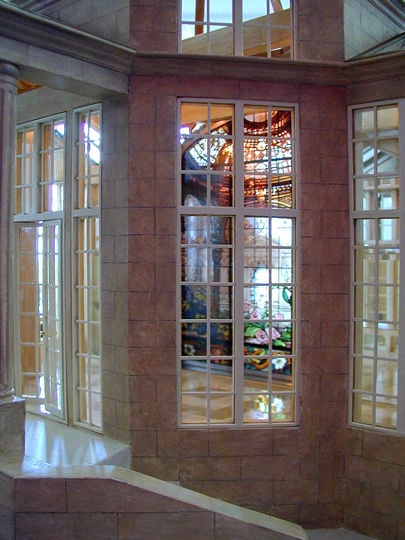 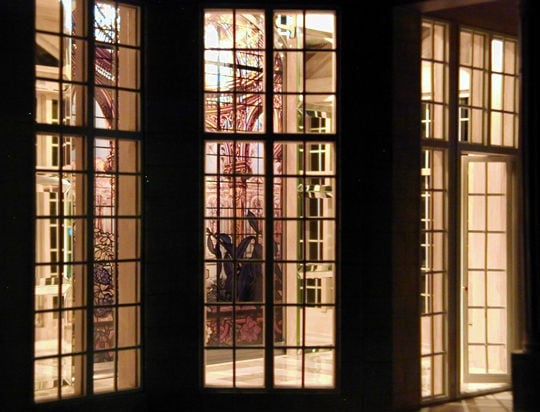 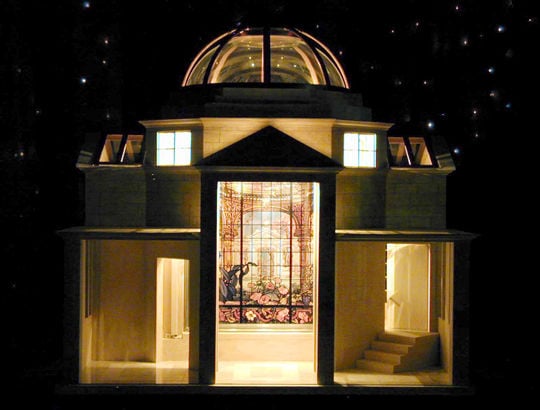 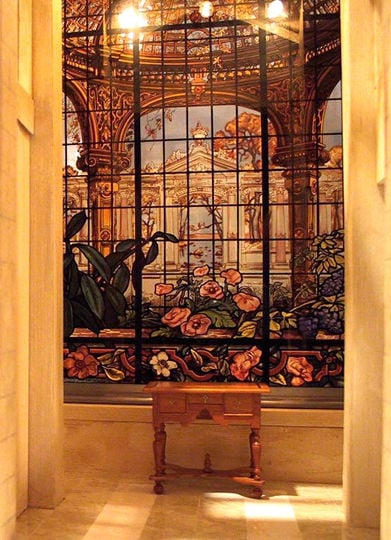 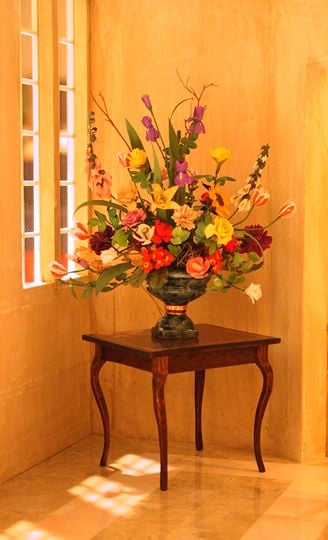 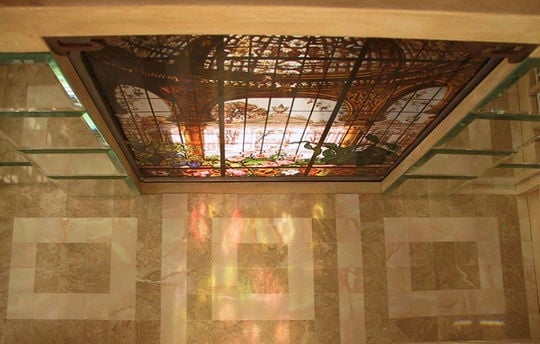 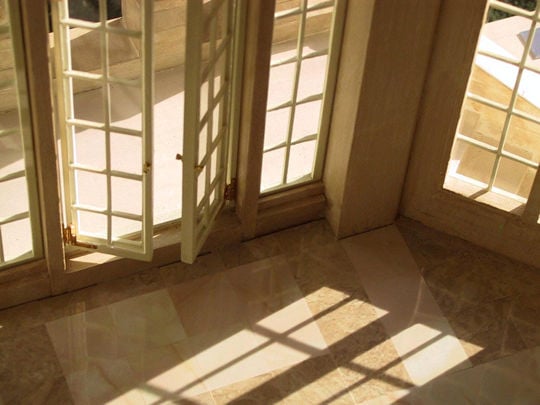 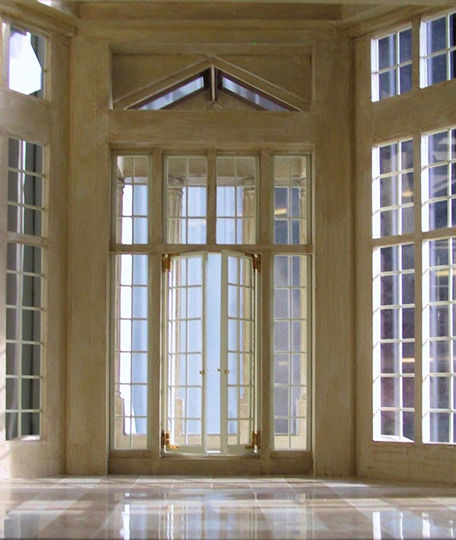 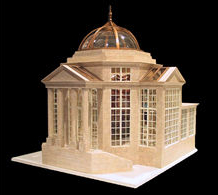 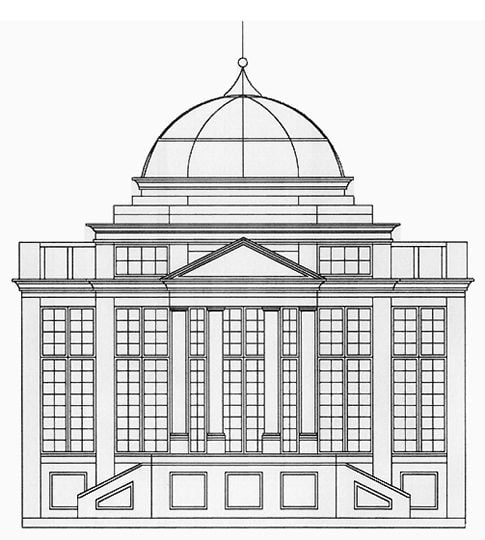