Paramount is a mixed-use performing arts center in miniature. It is an architectural collage, not a replica or single building. Paramount was inspired by more than a dozen different buildings and places. It is composed of elements from those locations. Soaring...imaginative...a pipe dream; these are the aspirations of Paramount.

From Mark Turpin's private collection, Paramount was started in 2012 as an experimental prototype. The hybrid miniature/architectural model features a tiered theatre space with a slim, heightened proscenium arch. A miniature theatre organ will be installed with pipes above the proscenium. The auditorium is anchored by four towers, three of which are shown below in progress. Below the auditorium, a mezzanine leads to the grand staircase which will descend to the lobby and lower level. Two of the four towers are connected to the theatre's fly-space; one is a clock tower, one is a bell tower, and one will contain box seats, club rooms and offices.

Paramount is a flight-of-fancy in a modern art deco style. Hundreds of over 1,000 individual glass windows have already been installed in the roof and triple chevron facade. At night, Paramount glows from within, waiting for the curtain to lift on its first performance. 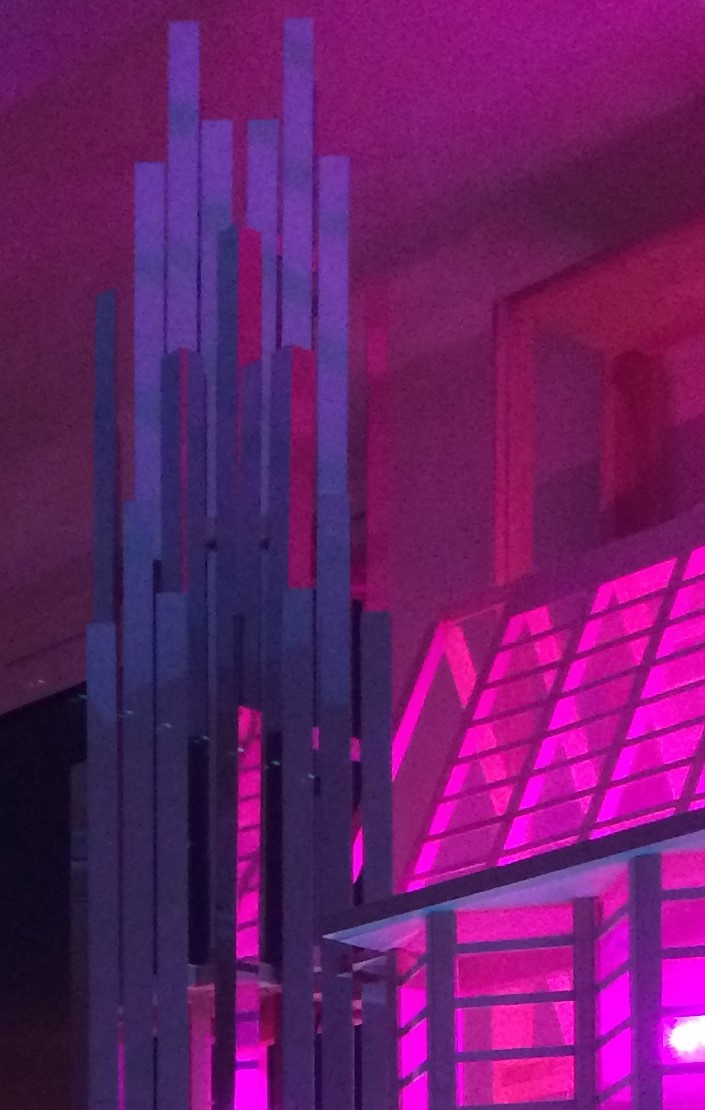 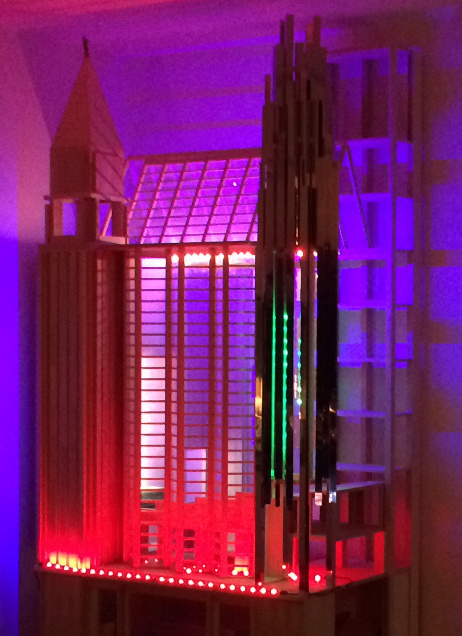 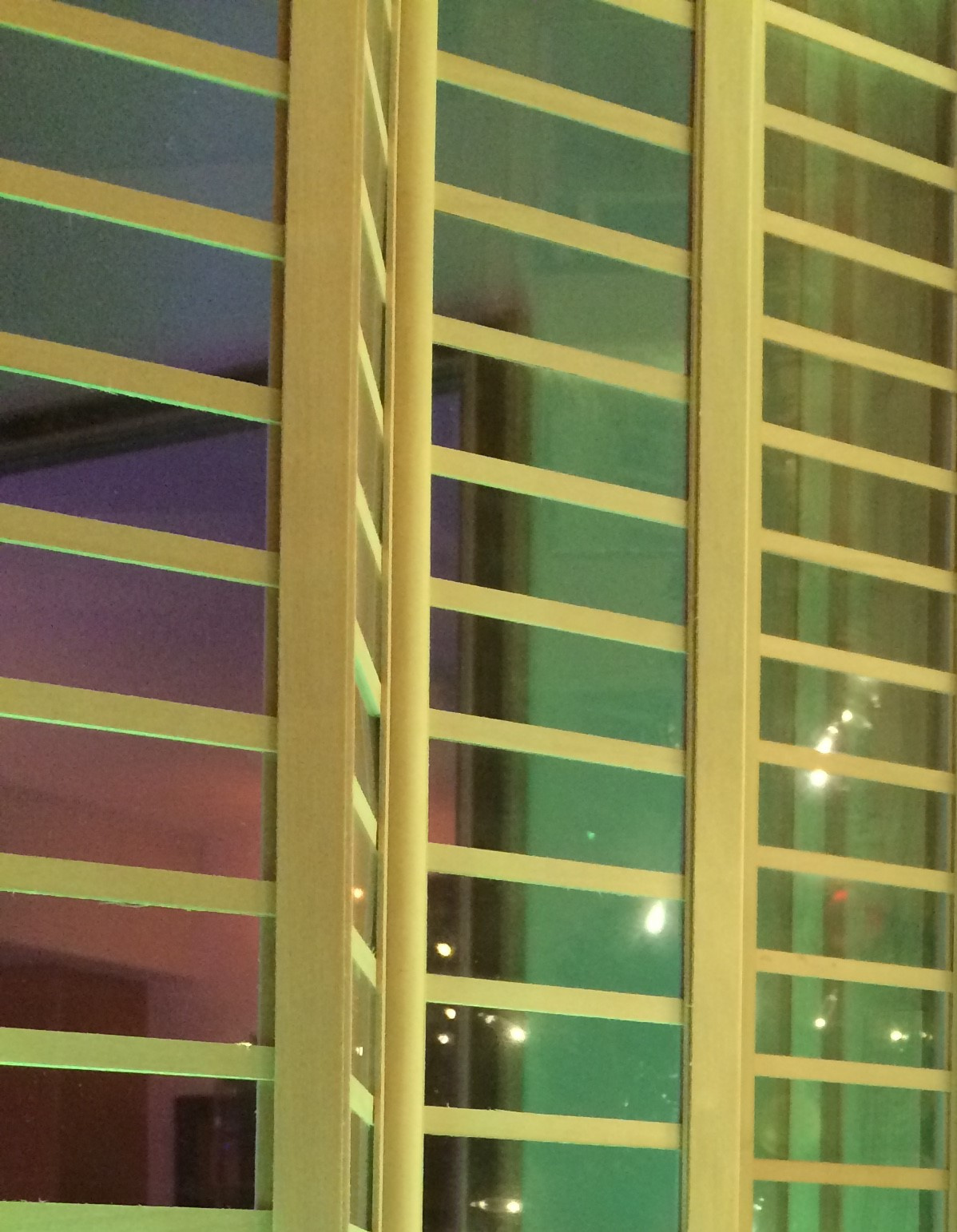 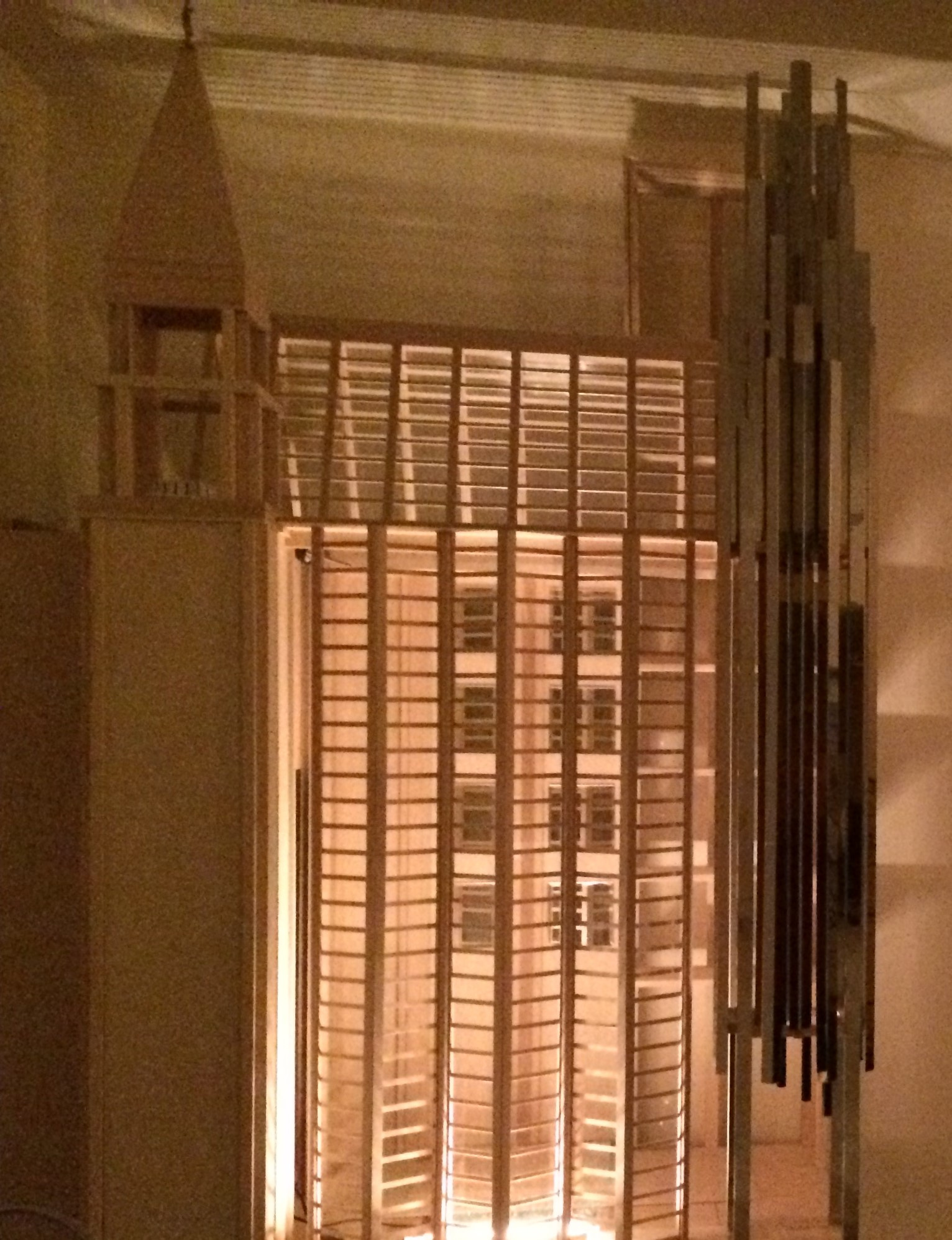 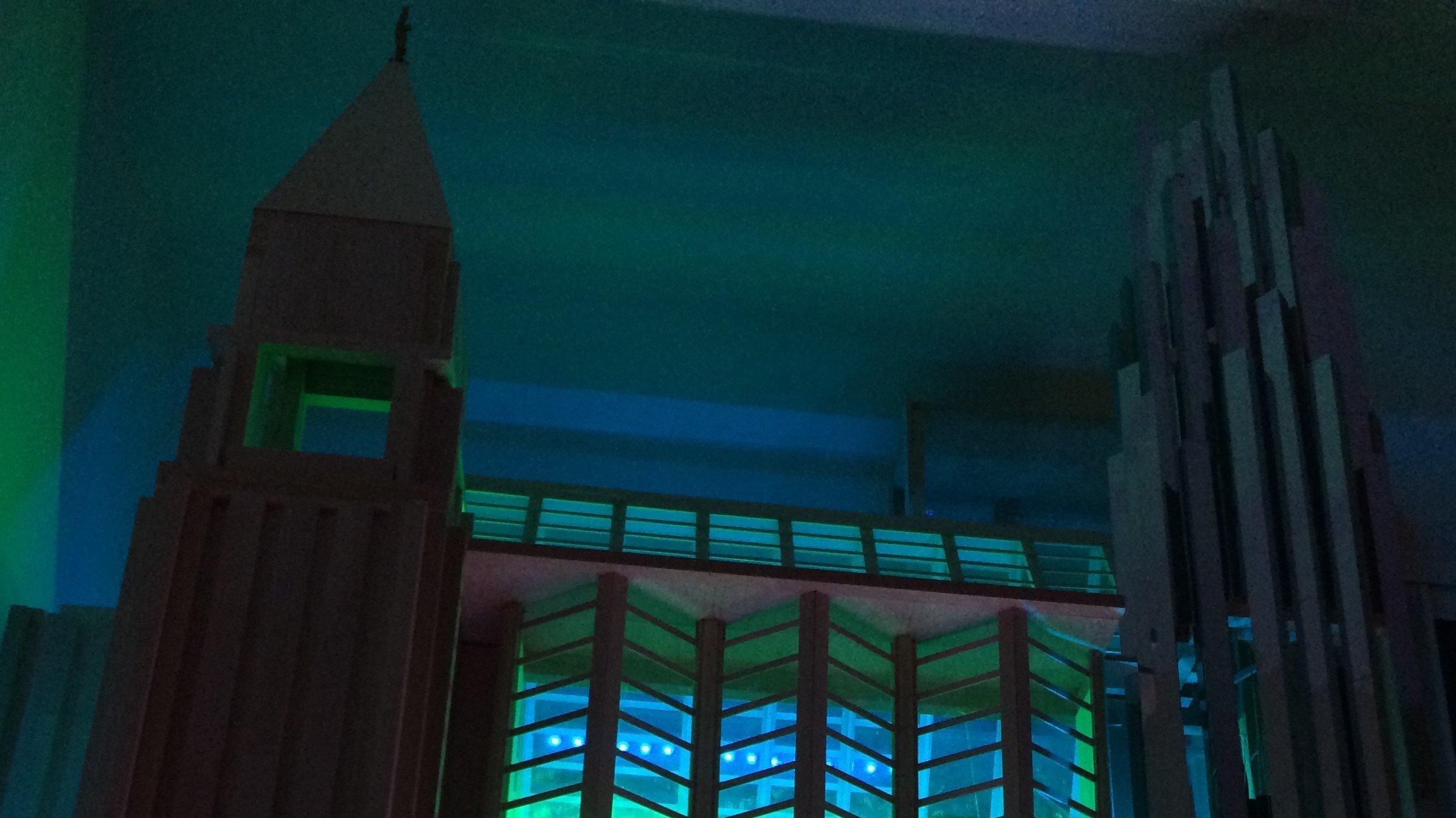 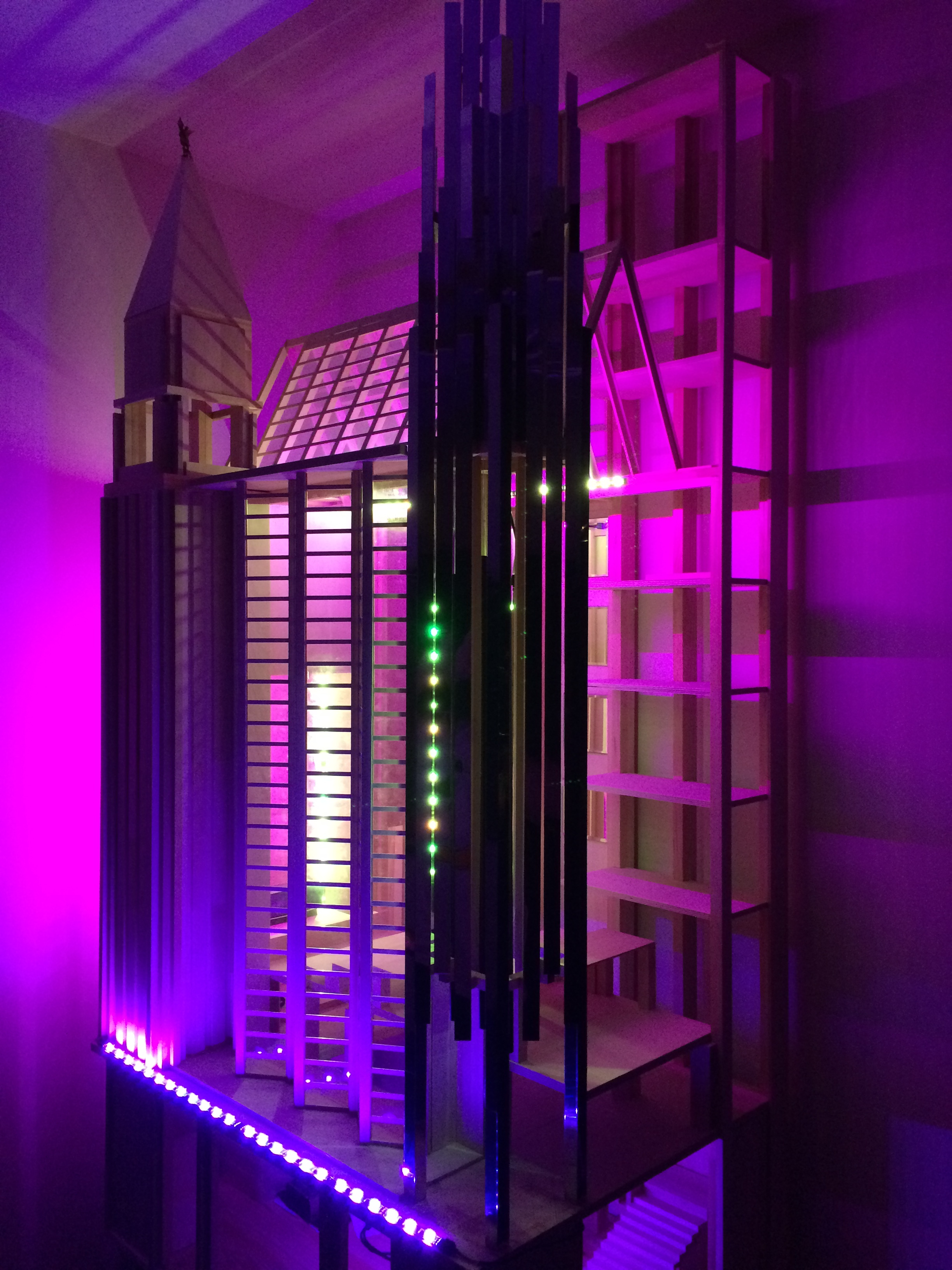