The early Roman temples that survive today range widely in condition, from the ruins which Mark visited at Pompeii, to the well-preserved Maison Carrée at Nîmes, in Provence, France. They are cultural icons of an ancient Empire. These masterpieces of classical architecture once served as cultural backdrops for outdoor rituals, and they are still magnificent centuries later. Not only do they recall the glorious past of a faded civilization, they are perfect in form and stately proportion. Once they were intimidating no doubt, but history lends perspective.

Mark patterned this miniature Garden Temple after structures and ruins he toured in Italy, including the site of the ancient Forum in Rome. Garden Temple's columns include Ionic rather than Corinthian capitals. The small inner chamber (cella) provides quiet sanctuary behind thick walls of stone. Garden Temple with its imposing exterior offers an intimate interior of quietude and peace. 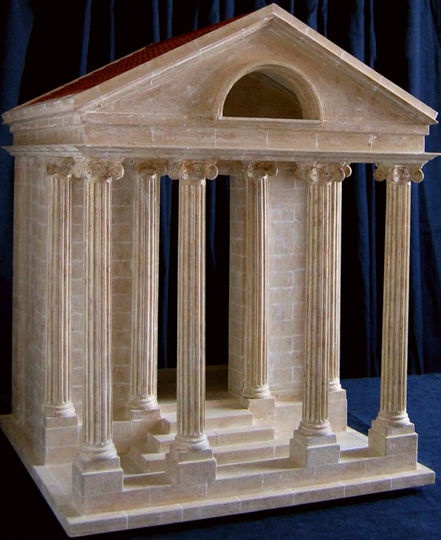 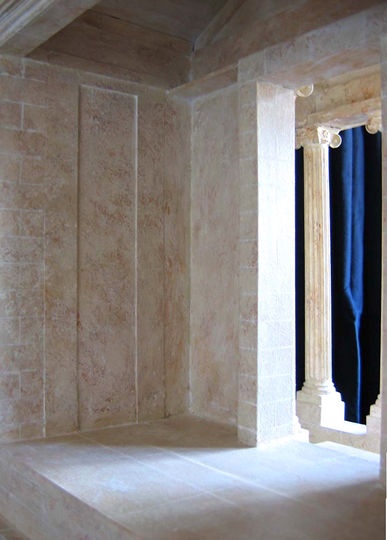 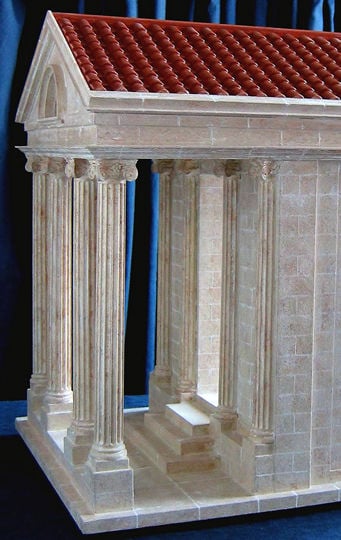 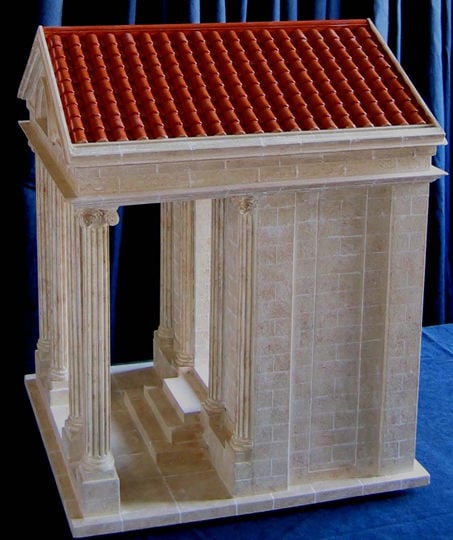 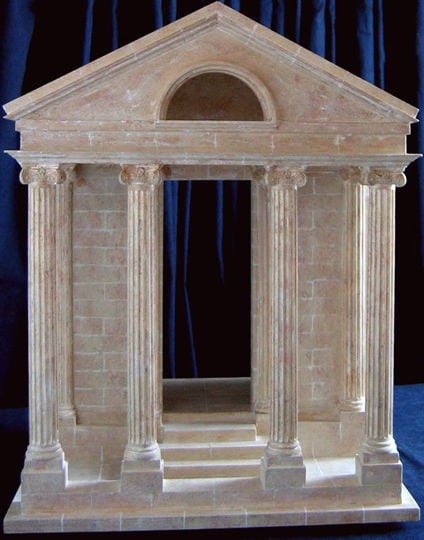 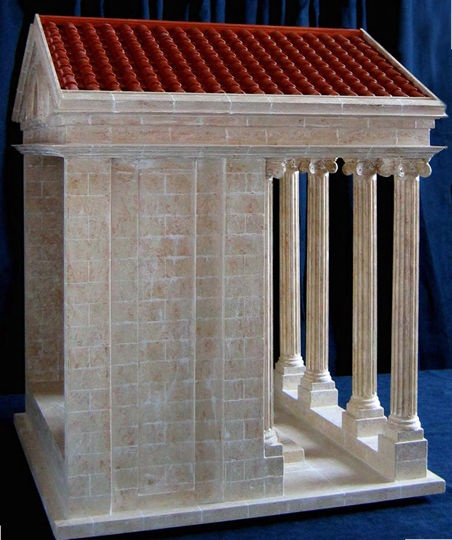